Culture Shock is one of the realest things you will experience heading into a new country, and it does not wear off quickly. I wrote something about this shortly after I arrived, and after being here for 4.5 months now I have to say it took a while to wear off. There may have even been times after the initial shock wore off that there were still things that took adjusting to, or threw me for a loop, but the major adjustment has certainly come and gone now. 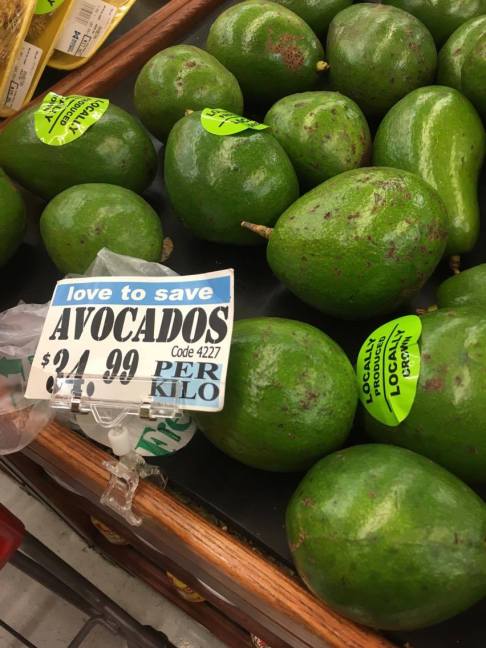 So what were the most culture shocking things that I encountered in the first half of my exchange and how did the change me?

1.  Food – having spices on all my food, breakfast lunch and dinner. I’m not a huge spicy fan, and I’m certainly not a huge fan of spices on my breakfast food, if we’re going to do spices lets keep that to our lunch and dinner meals. That’s not how things work in Trinidad. Spices in EVERYTHING right down to fruit, which I’m still not sure I’m a fan of just yet. Had I never come to Trinidad I don’t think I would ever be able to handle a little extra kick to my food, but now, top it off with a little extra pepper, just remember, I am still Canadian, so not too much.

2. Climate and Clothing – for me these went hand in hand, it’s a very warm Country,   and Canada is very much the Polar opposite. When it gets warm in Canada we automatically think pull out the summer clothes and soak in all the time you get to wear them because it may be only 24 hours before there is a cold front again, and your summer clothes may be your shortest shorts and smallest shirt. Not the case here, most people tend to stay mores covered, at least on the bottom half. You don’t often see females walking around in outrageously short shorts as you would in North America. It’s hot but they still manage to stay conservatively covered up when on campus and in public places. Additionally, adjusting to the heat, I don’t think I’ll ever completely get through this one. There’s just no making a Canadian throughly enjoy this kind of heat, deep down we will always have a place in our hearts for the snow.

3. Understanding the Language – maybe this comes from spending two years in a Speech degree where we analyze dialect and conversational speech, but hearing the dialect spoken here and the accents made conversations difficult and uncomfortable in the beginning. It made an introverted person more reserved because I hated asking someone to repeat themselves over and over again because I couldn’t understand what they were saying and much more than that, I didn’t like being in groups because following conversations in the first two weeks here was HELL. My now Trini friends would code mix and switch between standard English and Creole Dialect and I just couldn’t keep up with what they were talking about… Sorry mom, but after 5 months, I may have picked up on some of this myself.

For me these were the main things that put hurdles in my way, and not everyones experiences will be the same. I’m convinced though, and even though there may be some challenges, if the thought of leaving your country has crossed your mind even once, do it. Nothing is more rewarding than being on your own, in another country and saying you’ve made it. I’m only 5 months in and I’ve still got 6 to go. I know there will still be challenges and amazing moments to come, but the memories go a long way.

Until the next adventure and in all travels

Welcome to a Lover of Roads. At 18 I left home for

University and that sparked my desire to travel the world, so here I am. Join me on my Adventure of my exchange and my travels around the

world. That’s not all, you can find all things University, Gluten Free and some in-betweens while hanging out on my site.